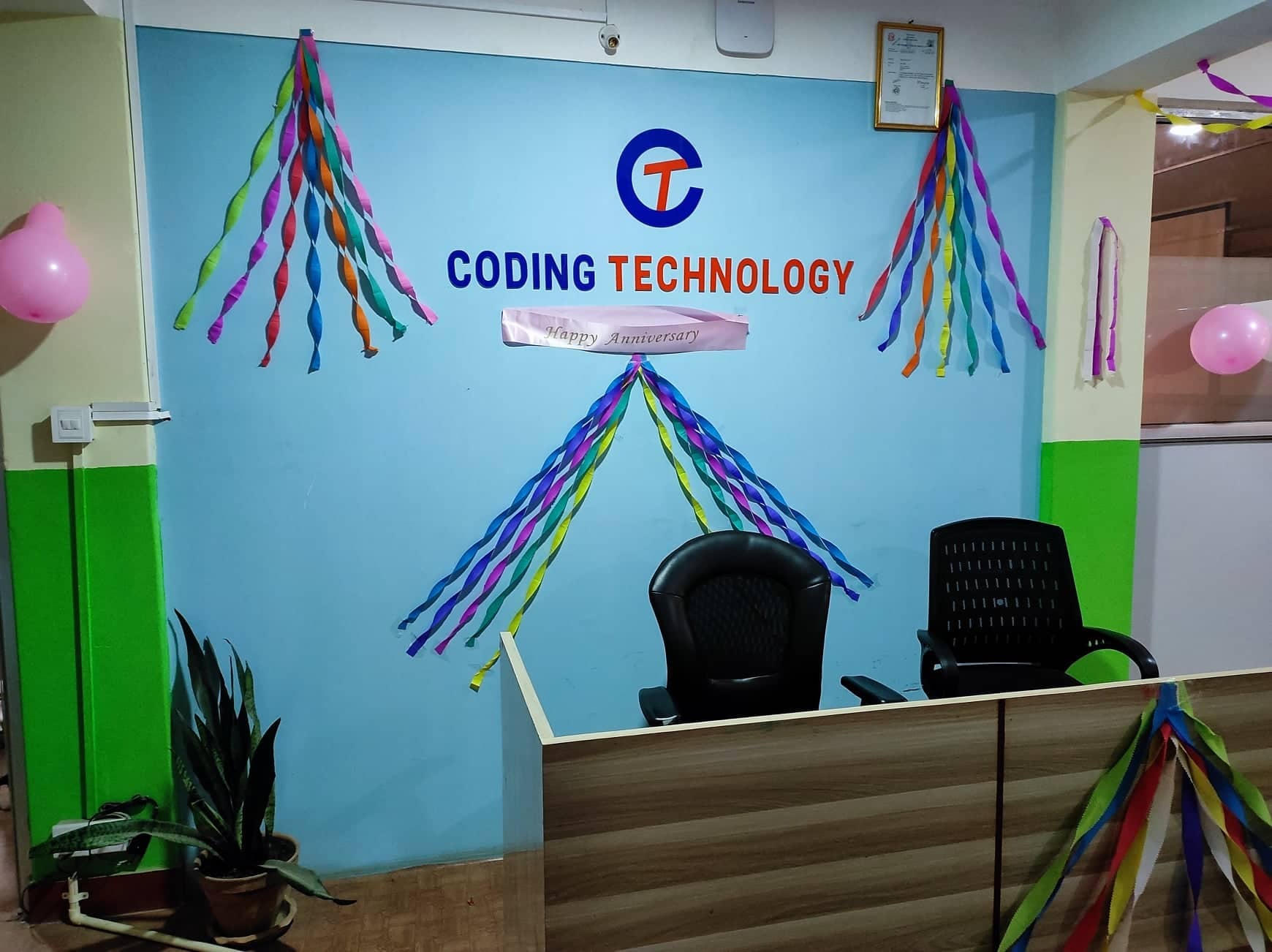 Top ten Programming language in today’s world is emerging from different places. Today almost everyone is aware of the advancement of technology. Every day new technology is emerging from different places and overtaking other technologies with their updates and advancement. In the midst of all of this, there is one subject that is particularly vulnerable to the volatile nature of the computer industry — programming languages!

Python has surpassed JAVA to become the second most used programming language, according to the RedMonk Ranking report for 2020. In the last five years, the language has grown at a rate of roughly 18-19 percent. Python is now ranked first in the PYPL index for the month of December 2020. Stack Overflow, Github, and other well-known platforms also rate the language among the most popular programming languages. Python is also popular among developers because of its interoperability with cutting-edge technology such as AI and machine learning.

For many years, Python has been the preferred language of practically everyone who is just getting started in the programming world. The main reason for this is that it has a very basic syntax that is easy to read, understand, and apply. The language is widely used in web development, software development, and other fields. It is used with various cutting-edge technologies as  Machine Learning, Artificial Intelligence, and Data Science. Rich library support, automatic garbage collection, better interface with other languages, GUI programming support, and many other features are included in the language. Django, Flask, Pyramid, and other popular Python frameworks make things more efficient and convenient.

Despite the fact that the language is most recognized for adding responsive features to web pages. It has a wide range of uses in web development, game development, mobile application development, and more. Furthermore, the language is being used for both Front End and Back End Development. Its compatibility with well-known frameworks such as React, Node, and others makes it more appealing to developers. Given the millions of websites that rely heavily on JS already online, as well as the language’s demand and domination. It wouldn’t be a stretch to predict that JS will continue to reign supreme in 2021!

Many times it appears like JAVA is losing its popularity, but when we look at the numbers. We can see that JAVA maintains a high ranking year after year, demonstrating that the language is still in demand in the computer industry. Around 8 million JAVA developers work around the world. Perhaps this number might help you gauge the language’s demand and popularity. In addition, in the TIOBE and PYPL rankings, the language is ranked second among all programming languages. According to RedMonk statistics, JAVA is ranked third, behind JS and Python.

The object-oriented programming language implements the well-known idea of Write Once, Run Anywhere, which allows Java programs to run on other platforms that support JAVA without requiring recompilation. The language is frequently utilized in the development of Android applications, as well as Web, desktop, and scientific applications. Additionally, top-tier organizations such as Adobe, Amazon, Flipkart, and others use JAVA and provide enticing employment possibilities for Java engineers. Because of its high demand in the tech world, large community support, popular frameworks like Spring & Hibernate. The several useful features like multithreading, automatic memory allocation & garbage collection, platform independence, and so on, JAVA will continue to provide you with a variety of rewarding career opportunities in the coming years.

R is another another newcomer to the programming world. It is an open-source programming language with a large set of libraries and frameworks. It is widely used in the fields of Data Science, Statistical Analysis, and Machine Learning. GNU/Linux and Microsoft Windows are both well-suited to the language. It may also be easily integrated with a variety of data processing systems, such as Hadoop and Spark. Cross-platform compatibility, high extensibility, powerful graphical capabilities, distributed computing, and other significant qualities of this language make it a more desired language among developers.

C# has occupied a prominent position in practically every index’s ranking of top programming languages for many years. In the TIOBE and PYPL indexes, the language is placed 4th and 5th, respectively. For the past two years, it has continuously ranked #5 in the GitHub Language Rankings. In addition to India, other countries have a plethora of work options for C# developers. Microsoft created the general-purpose programming language largely for its.Net framework. The language is widely used in game development, as well as the creation of Windows applications, server-side applications, and other software. C# also comes with a large library, making it a faster and more efficient programming language. Structured language, faster compilation, updateable & scalable, component-oriented, complete integration with.NET framework, and many more are some of the noteworthy advantages of the language that are widely praised by developers.

The language is routinely utilized by developers in Unity game engine software, and firms such as Intellectsoft, Capgemini, and others are also adopting C# for their enterprises, implying that work possibilities for C# developers are plentiful.

If you, like many others, believe that learning PHP isn’t worth it in 2022, you should know that the language is still performing well in the computer sector and is preferred by developers. According to the TIOBE Index for December 2020, the language is ranked #8 among the top ten programming languages. In fact, according to RedMonk Ranking surveys, the language is ranked fourth, ahead of other well-known languages such as C++, Kotlin, and others. Various well-known websites, such as Facebook, Wikipedia, and WordPress, rely heavily on PHP and offer a plethora of job chances for PHP developers on a regular basis.

For website development, the open-source server-side scripting language is used, and it has characteristics such as cross-platform compatibility, object-oriented programming features, easy integration with HTML, CSS, JS, and other languages, as well as a large community of users. Beginners should highly consider learning this language because it is quite simple to master. Laravel, Symfony, CodeIgniter, and others are some of the most popular PHP frameworks to consider. So, if you’re trying to break into the web development field, PHP is a terrific place to start!

Scala is used by a number of tech titans, including Netflix, LinkedIn, eBay, Twitter, and others, for their own platforms and businesses. It is strongly recommended for beginners due of its ease of learning. Scala could become one of the most sought after programming languages in 2022, as many other organizations look forward to implementing it into their businesses and due to its rapidly expanding demand among developers.

The language was created designed to resolve concerns that developers have with another programming language, Java. It has established a strong standing among developers throughout time. Scala is a general-purpose programming language that may be used for both object-oriented and functional programming. It has a number of unique features, including lazy processing, string interpolation, type inference, and high scalability. It code can also be translated to bytecodes and run on the Java Virtual Machine. Web development, data science, and machine learning are all areas where the language is frequently utilized.

Both C and C++ have a significant presence in the tech sector and are now ranked at the top of numerous indexes. C and C++ are ranked first and fourth in the TIOBE index of 2020, respectively, under the top 5 programming languages. C/C++ is ranked #5 in the PYPL index, with an increase trend of roughly 0.1 percent. Many large IT organizations, such as Adobe, Oracle, Microsoft, Nvidia, and others, hire C/C++ professionals with competitive salaries. And learning C/C++ in 2021 will not only help you advance in your job, but it will also make learning other programming languages easier in the future.

Despite the fact that Go is not a very well-known programming language, it has seen a significant increase in demand and popularity among developers in recent years. According to Stack Overflow, Go is one of the top five most popular programming languages among developers in 2020. Companies such as Uber, Google, and others are using the Go language, and you may learn it as well, as the language appears to be growing in popularity in the next years.

Go is a Google-developed statically typed programming language with a syntax comparable to C. It comes with a slew of useful features, including garbage collection, dynamic typing, type safety, high performance and efficiency, and so on. The language can be utilize in distributed systems, cloud computing, and other applications. The best thing about the language is that it solves a number of key problems, such as delayed compilation and execution, the lack of a comprehensive standard library, and so on.

When it comes to Android app development nowadays, the term ‘Kotlin’ is probably the first to come to mind! Developers have shown a strong preference for Kotlin since Google announced it as its preferred language for Android app development. According to the Stack Overflow study, Kotlin is the fourth most popular programming language. In addition, the number of Kotlin users in the Github community is rapidly growing.

In a nutshell, Kotlin is a statically type general-purpose programming language with support for both object-oriented and functional programming. The language’s best feature is that it is fully compatible with Java and supports all Java libraries. In addition, the language is quite simple to learn, and it uses for online and desktop application development in addition to Android development. Some of the most popular frameworks for Kotlin include Javalin, KTor, and Vertex. Organizations like Pinterest, Uber, Netflix, and others are hiring Kotlin developers. Because it is well known that the Android market is not going away anytime soon, you may choose to learn Kotlin in 2021 for some promising future career chances.

Students can go through  http://www.codingtechnology.com.np to learn these programming langugage